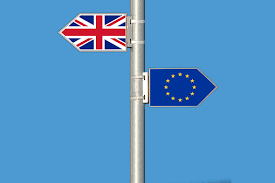 As we already know Britain made the genius decision to leave the European Union. Just as Donald Trump convinced the USA electorate that he could make American great again the British politicians have done the same with the Brits. The only difference is that the US is still a super power and Britain is but a fragment of it’s former glory. The end result has been a country of 55 odd million people leaving the largest trading block in the world to go it alone. Unfortunately it is not going so good at the moment with even the divorce itself still not worked out. The uncertainty surrounding the terms of the break and the changing dynamic of Britain with the rest of the world economy has lead to the withdrawal of hundreds of companies. The type of companies has been broad including retail, banking and manufacturing to say the least. By some measures just in the financial sector banks and other financial companies at least $1 trillion worth of assets have shifted out of the country and into the European Union because of Brexit.

Whilst it has been a loss to the UK it has been a boon for other EU countries. The companies leaving the UK have already created around 2,000 new jobs elsewhere in the European Union in response to Brexit.The financial services industry employs 2.2 million people across the country, and contributes 12.5% of GDP. It generates £72 billion in tax revenue each year. So all these financial companies looking to relocate elsewhere can’t be a good thing for the UK. In the financial sector Deutsche Bank, Goldman Sachs and Citi have already moved parts of their business out of the United Kingdom. The main beneficiaries have been Dublin, Luxembourg, Frankfurt and Paris which were the most popular destinations. Japanese banks Nomura and Daiwa are setting up EU operations in Germany. And Japan’s Norinchukin Bank has recently confirmed that it is establishing a wholly-owned banking subsidiary in Amsterdam to off-set any issues with Brexit. British ferry operator P&O announced on Tuesday that it will register to Cyprus

Many smaller businesses are also looking at establishing European bases too. Online giftware retailer Rex London is setting up a Dutch base and The Grown Up Chocolate Company is considering relocating its business to Slovakia, for example. Indeed Dutch officials are in contact with more than 250 companies about a possible post-Brexit move, the Dutch government has stated. You can be sure other countries are also chasing business with Frankfurt, Paris and Dublin all eager to replace London as the place to be.

How This Effects Promotional Products Industry